The past informs the present in a caregiving relationship…

One of my wonderful cousins invited me to give a talk about my book, Caring for Red, at a continuous care facility in New Jersey. The book chronicles my experience caring for my father in the final year of his life in assisted living, and also captures some of the universal issues caregivers face. My cousin was on the organization’s board, which had decided to turn the event into a fundraiser. They had also opened the event to all the residents, so the room was full.

After I finished my presentation, I asked for questions from the audience. Eager hands shot up.  An elderly woman kindly told me, “You were a wonderful daughter, dear”. The next resident grumbled that her daughter never came to visit her. And that was followed by another resident who said her daughter visited her TOO much and treated her like a child!  I suppose that my talk got them thinking about their own relationships with their adult children. They wanted my advice. And while I have lots of opinions, and maybe a little insight based on my own experience in therapy, I am not an expert on family relations.

My gut response was to ask the audience what they would suggest, and then I saw a woman in the back of the room raise her hand. I hadn’t noticed her before but she looked familiar. Lo  and behold, it was an old high school friend who had come to surprise me. I hadn’t seen her in half a century!  “Hi Mindy,” she said. “Remember me from Riverside High School?”  Indeed, I did!  And was I ever happy to see her!  It turns out that she is now a social worker who consults with families who are struggling with decisions about elder care. Drawing upon her wisdom and experience, my old friend sounded very grown up. Remember the last time we saw each other, we were teenagers!  She explained that the relationship between family members later in life are a continuation of the relationship they have had for years.  It made perfect sense.

That was three years ago. And as I have immersed myself in the world of caregiving, I’ve become more aware of the complexity of family relationships and how much they affect the nature of the caregiving relationship, or even the choice to be a caregiver. 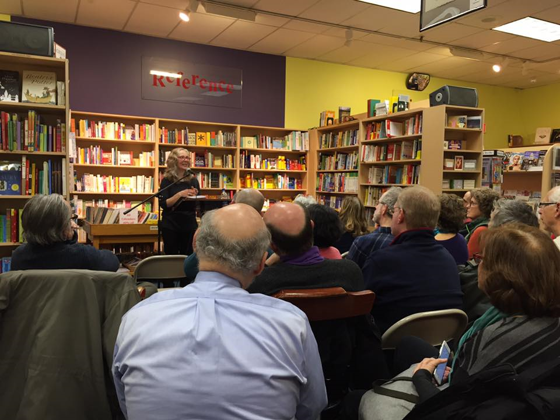 Three years ago, as I traveled to cities throughout the country giving book talks, I was blown away by people’s caregiving stories, and the grief they endured as they ultimately lost a person they loved.  Some expressed regret. They felt they could have done more. But as I heard their stories, it was hard to imagine what else they could have done without sacrificing their own health or the health of other family members.

Once, after a talk at a book festival, I was approached by a man who, without prefacing his remarks, said “I feel terrible that I didn’t do much to care for my sister when she was sick, and then she died.” I wasn’t sure how to respond. Then he asked me, “What can I do with these feelings of regret?”.  I felt he was asking me for something I didn’t have the power to provide! But what could I say?! There must have been a reason WHY he didn’t do anything for his sister, but without knowing more about him – coupled with the challenges of having a real conversation in a crowded setting, I first stumbled over my words. Then I took a breath, and told him simply, “Maybe the next time, you’ll do it differently.” He nodded at me and slowly walked away.

Many others have told me they feel satisfied with how much they had “showed up” for their loved one. The range of what they did varied from regular visits and phone calls, to managing care from afar, to immersive care, in which they were the main person caring for a loved one at home  By and large, when their loved one passed away, these people did not express deep regret.

I’m also finding that complicated relationships often muddle people’s decisions about how involved they want to be with a loved one in need of care. I’ve spoken with some people who don’t want to care for a parent or a spouse who was abusive when they were children. One friend told me that she despised her father. But she was taking the train from another city to visit him regularly in his assisted living facility. The only reason she was there, she said, was because “it’s in the Bible”.  She wasn’t even a religious person! In the aging world, this type of care is called “filial obligation”, essentially, feeling obligated to care for a family member, often a parent or spouse. 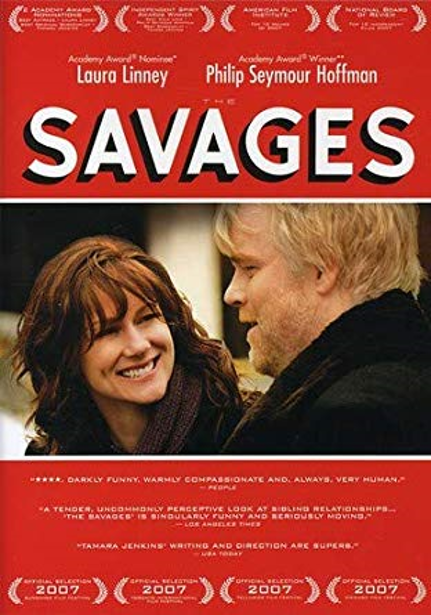 One of my favorite films that tackles this issue is “The Savages”, starring Laura Linney and Phillip Seymour Hoffman. These two actors play siblings who are estranged from one another and from their elderly father. In the film, it’s implied that he was physically and emotionally abusive towards them as children. And their mother had abandoned the family when they were young. Throughout the film, the siblings slog through their tense relationship with one another, filled with resentment and fury. Their father’s eventual death finally gives them space to reevaluate their own lives and find some emotional peace. When I taught a sociology course on aging at Brandeis University, I would show a clip of this film to students. And they would beg to see more because it’s so real and compelling!

Despite the complicated nature of my relationship with my father, I loved him dearly. He was the stable support in my family, and when he began to decline in his mid-90s, I wanted to be there for him, and so did my sister. I was lucky she was a wonderful companion to share the enormous responsibility of ushering him through that last chapter of his life with dignity. We both juggled caring for him with our paid jobs, and sometimes that wasn’t easy. But together we made it happen.

When I received a call from my father’s nurse that he had just died, I was sleeping in a hotel bed in Lawrence, Kansas. It was 2:45a.m. And he was thousands of miles away, in his small apartment in an assisted living facility in Buffalo. That morning, I was meant to conduct a workshop for arts administrators. As I think back to the moment I took the call, I now know I was in shock. I don’t remember asking any questions, just mumbling something about when I’d come “home”, to a city I hadn’t called home for 50 years. But now I wonder, was his death peaceful? Was he in the room when I called?  My sister and I had become adept at juggling our paid work and our care work. But in moments of crisis, we would drop everything and race to be at his side. He seemed okay when I left for Kansas.

I had to wait a day to fly to Buffalo because of a raging Kansas blizzard. I remember thinking that the swirling snow and poor visibility seemed apt for the situation. News of a loved one’s death, even when expected, is disorienting. But many years later, as I reflect on this ending, I’m relieved that I feel no regret. I had done my best to support him through this last chapter of his life. And with this distance, I’m able to recognize the sorrow I feel that I wasn’t there by his side when he finally died.

I look forward to exploring the complexity of the caregiving relationship in season two, along with many other fascinating, profound, and even comical situations related to the world of caregiving!